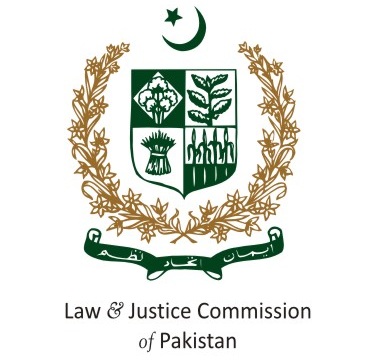 The law and Justice Commission of Pakistan is a Federal Government institution, established under an Ordinance (XIV) of 1979. The composition of the commission is such that Chief justice of Pakistan is at the top of hierarchy and it subordinate members include chief justice of federal Shariat court, chief justice of High Courts, Attorney General for Pakistan, Secretary, Ministry of Law, Justice and Human Rights and Chairperson, National Commission on the Status of Women and four other member, one from each province.

Functions of the Law Commission:

Purpose of the law commission is to conduct critical study of existing laws and to propose amendments and suggest reforms. Recently the law commission met and proposed reforms with regards to proposals regarding amendments to section 91 and 92 of the Code of Civil Procedure, 1908 and recommended that suits in respect of public nuisance and public charities may be brought by two or more persons with the leave of the Court in addition to being brought by the Advocate General.

The Commission also approved the law reform proposal by addition of new section 54-A in the Code of Criminal Procedure, 1898 and recommended that every person, upon arrest, by police officer, shall be informed of the grounds of his arrest.

The Commission also approved the law reform proposal by addition of the new section 9-A in the Muslim Family Laws Ordinance, 1961 and recommended that a parent who is unable to maintain himself shall be entitled to claim maintenance from his children.

The Commission also approved the law reform proposal regarding amendment to section 9 of the Muslim Family Law Ordinance, 1961 and recommended that the said section may also provide for annual increase of the amount of maintenance. The Commission also approved the Law Reform Proposals regarding amendments to Rule 4 of the Dowry and Bridal Gifts (Restriction) Rules, 1976 to the effect that parties to have option to attach the list of dowry articles, presents and gifts with the Nikah Nama.

These are some of the areas, which the law commission recently has introduced in Pakistan Criminal and Civil Procedural laws.  However, appreciable as it is, it still leaves a lot to be desired.

For instance, the recent technological innovations particularly in the information technology sector need to be fully utilised in the administration of justice as that will help ease the process and make it speedy. It will also make justice process more accessible to ordinary citizens. For example, lately, Pakistan has seen immense improvement in mobile telecommunication with auctioning of 3G and 4G licences.

It is the need of the hour that law commission of Pakistan inducts professionals who are young and dynamic and who understand and can keep pace with recent technological advancements so that they can propose different changes within the legal system. For instance, the process of summons is a very old mechanism, which is in place in Pakistan and needs to be updated. Process serving needs to be upgraded in line with technological options available so that essential time conducted in litigation is not wasted simply because of non-serving of summons.  May other reforms related to how cases are filed and scrutiny of important from important ones also needs to take place so as to achieve the desired result of quick and cheap justice.