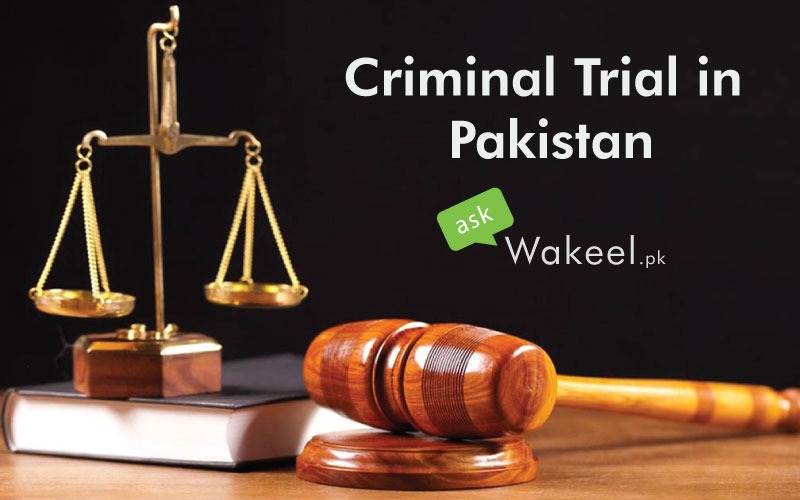 The process of criminal trials from the reporting of an alleged offence to the conviction or acquittal of an accused over a subsequent charge is as follows: Cognizable offences are either reported to the police or other law enforcement agencies or anti-corruption bodies, depending on the relevant jurisdiction. The reporting of any such offence takes place through an application which is either written or narrated orally to the competent authority, by virtue of Section 154 of the Code of Criminal Procedure 1898 (CrPC). According to S.154 CrPC, once a cognizable offence has been committed, the Station House Officer (SHO), Operations becomes legally bound to register a criminal case against the accused, whenever the relevant information is reported before the SHO. After the registration of a case, the investigation officer (IO) records the statements of witnesses and collects initial evidence, by virtue of the powers conferred under S.161 CrPC. After completion of the initial investigation, a challan is presented before the trial court under S.173 of the CrPC, following which the trial commences and the court issues notices to present the accused before the jail superintendent, either if the accused has been confined to jail or out on bail. For the accused at large, the court declares them proclaimed offenders, while substitute methods for service of notice are used to summon them, such as through newspaper, etc. The complainant is also summoned and copies of the challan are provided within court premises to the complainant and the accused under section 241-A of CrPc. On the next date of hearing, a formal charge is framed by virtue of section 242 of CrPC and the accused is asked whether he or she has committed the alleged crime. Upon admission of the accused, the magistrate, exercising powers conferred under section 243 of the CrPC, may convict the accused. The framing of charge marks the commencement of trial. The prosecution is summoned for its evidence and witnesses, which are later cross-examined by the defense, followed by examining any property recovered by the investigators. Once the prosecution has made out its case, the accused may be examined by the court by being asked certain questions before being provided with an opportunity to present evidence. According to Section 342 CrPC: “For the purpose of enabling the accused to explain any circumstances appearing in the evidence against him, the court may, at any stage of any inquiry or trial without previously warning the accused, put such questions to him as the court considers necessary.” The defense then submits its evidence and the prosecution gets a chance to cross-examine the defense’s evidence. The trial is then concluded and final arguments are heard, after which a judgment is pronounced by the court. Two relevant principles on the basis of which criminal cases are to be decided include the presumption of innocence (according to which everyone is presumed innocent unless proven guilty) and the burden of proof (whereby the prosecution has to prove its case beyond reasonable doubt as opposed to civil cases where the burden of proof is based on a balance of probabilities).